OK…one-quarter of the way to go…and still LOADS to say.

Yesterday was one of those ‘perfect’ home ed days. We…

I am forgetting a few in there too. But it was a prime example of WHY home ed is best for PanKwake.

Because to us HAPPY trumps success.

And trust me she had a great day even as much as she learned….and never even knew it.

Which leads me into the final point off the PDA Society list:

They talk about this primarily in terms of giving your child an emotional vocabulary, i.e. helping them to understand and communicate feelings, and in relation to Dr. Ross Greene’s collaborative problem solving, i.e. working together to find win-win solutions.

And those are good nuts and bolts examples. But yet again I feel it is a case of the HOW and not the WHY. Putting the cart before the horse.

Because trust me…you can do EVERYTHING on that list…and still get it wrong if you have the wrong attitude and motives. I know because I have done it. Oh, don’t get me wrong…you will see results. Some results. But nothing like the progress that PanKwake has made.

But that is tomorrow’s blog…when we step away from the official PDA list and start adding the herbs and spices that makes this dish of life on the beautiful rainbow spectrum of autism and Pathological Demand Avoidance really tasty.

Back to support emotional wellbeing for me this one has an entirely different meaning, though perhaps the one that lies beneath theirs. And that is… 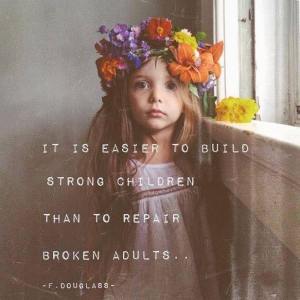 Even if PanKwake never learns to read or do maths (She will eventually. She is already beginning to.), home ed would still have been the BEST choice for her. Because she is confident, has learned to communicate her needs and feelings, and most important of all…She is HAPPY!

To understand this all, let me contrast what she was like for that year when she went to school…

She was bullied to the point that she constantly asked me…Mommy, am I dumb/stupid/ugly? I lost my child. And when we took our concerns to the school, it told us that she needed to develop ‘thicker skin.’ When I pointed to their Zero Tolerance Policy, they informed me that was just ‘political correctness.’ Heck, the school attempted to bully and blame us for all her issues…rather than investigate our concerns that she was autistic.

She tried to hold it in all day…and then exploded the moment I picked her up. So we had NO family life to speak of.

She did not like the school food so she would not eat it. They finally informed me of this…with only a month left in the school year…and asked that I send food she would eat. But when I did, they raised a fuss because it was McDonald’s pancakes (where she gets her name PanKwake). But that was practically the only thing she would eat at the time.

They would not even follow my instructions regarding wetting herself if she fell asleep in class. They would not put the night pants on her. Instead if she wet herself due to her seizures then she was left to be embarrassed in front of all the other children in her class. Of course, I sent a change of clothes…tried to anyway…but they tended to lose those and then not inform me.

It all came to a head one afternoon after a Team Around the Child meeting. Her teacher complained during it about PanKwake falling asleep in class. She suggested that I was not putting her to bed early enough…she slept from 7 pm to 7 am then because school was just too much for her. Blame shifting. Her teacher left before the meeting was even over.

When I got down to the classroom, PanKwake was asleep…on the cold, hard floor…without her wee-pants or the mat under her. She was soaked to the skin. That teacher was on the phone…and would not even look at me when I tried to get her attention so I could get my daughter’s change of clothes. I could not scream and yell (but I sure did the next morning to her boss…she went on a six week’s leave then) because I worried about suddenly waking PanKwake, which might result in a worse seizure.

In the end, I had to strip my child below the waist and wrap my jacket about her. I had to walk a few blocks like this…and BUY a dress just to get home in.

But it hit me then…

MY CHILD WAS MISERABLE…

The confident, outgoing and happy four year old that I had entrusted to that school was gone. My child was broken. Her self-esteem was shattered. She cried every single day when I picked her up.

Of course, I was miserable too. Seeing my child go through all that. Doing my best to stop it all through the ‘proper’ channels and processes. Only to have the blame shifted to us.

Enough was enough. When we finally had confirmation that she was indeed having the seizures in her sleep…that I had been telling the doctor about for three years…we made the decision to take her out and home educate her.

That was the first time that I clearly choose my child’s HAPPINESS. Her mental health over either her education or to some degree even her physical health.

Too many adults on the autistic spectrum suffer from debilitating social anxiety and depression…even agoraphobia that keeps them bound to their homes and sometimes even their bedrooms. The ‘experts’ claim this is just a natural outcome of their autism.

I don’t. It is frankly CAUSED by schools…parents and society. Forcing them as children to do things they did not want to do and COULD not tolerate. So by the time that they finish school and no longer have to ‘obey’ their parents, they say SCREW YOU…and withdraw to a place of comfort. Many to never venture forth again.

I refuse to allow that to be my child.

On a daily basis now. And you know what? When you place their mental health first, you will find that they develop the confidence to face the world…and the skills to know when they have had enough.

That’s the WHY of Support Emotional Wellbeing…

As for the how…well, every child on the spectrum is different, but a tool that really helped PanKwake to identify her feelings and know when she was approaching a meltdown was the Magic 5 Point Scale.

Living HAPPILY ever after with Pathological Demand Avoidance.