I just read the most wonderful blog post about a mother’s first two weeks on this #Unschool journey with her PDA daughter (Pathological Demand Avoidance). She is around PanKwake’s age now. And her mother made the point that she was not home educating by choice which is interesting.

I had explored the possibility of going back to university for my PhD in Autism. My dissertation was going to be on that very subject. And I will definitely do it…one day. But right now we are losing the amazing Mog and don’t have a replacement yet. BUT ONE DAY…

The thing is our journey into #RadiCoolUnschooling began when PanKwake’s school placement broke down too. I was more than OK with that though as I had home educated the older children for over five years. I had wanted to home educate PanKwake too but her father had been against the idea…until the school refused to protect his child from bullies.

What I was not prepared for though was #Unschooling.

With the older ones, we had workbooks. Expensive ones. Either their father or I sat down at the table with them during school hours and worked. It was basically school at home. And that was what I was preparing for with PanKwake too. In fact, when the home education officer from the council came out less than a month into our #HomeEd journey, he was seriously impressed with the amount and quality of resources we had.

The complete Oxford Readers set and dozens and dozens of others books, worksheets that I had downloaded from a pay monthly teachers website, and not one but TWO pay monthly online curriculi. All of which I could never get PanKwake to use. Most of which we gave away before moving to Swansea or donated to the our home ed group for sale a few months ago.

At first, I said…she just needs some time to relax and recover from her bad school experience. Then it became…let’s wait and see what the diagnosis is, then I’ll know better how to help her. Then it was just too much of a struggle to MAKE her do the things she did not like, so I was like…she is learning…just not the ‘things’ that the ‘experts’ say are age appropriate.

And somewhere along the way…I accepted that we were meant to be #RadicoolUnschoolers. That it was the best way for PanKwake to learn.

And we are not alone. Increasingly more families are coming to the realization that children WANT to learn. That the best way is to allow them to play and explore. And that pursuing their interests is not a bad thing.

The thing is…the world in which we live has changed so radically over the past fifty years of my lifetime.

Yet the education system and schools have not.

Think about it for a moment. How much of what you learned in school do you actually use in REAL life?

If you need to add, subtract, multiple, or divide, do you do the math in your head? On a slip of paper? Probably not even on a calculator anymore. No, you reach for your smart phone. It has a calculator programmed in…and is always close at hand.

If you need to know a date or person or event, do you even remember what you were taught in history class…all those long, long, long years ago? Probably not, you google it…on your phone, computer, or even ask Alexa/Echo/whatever.

No, the skills that we need now are very different than the ones that our parents or grandparents needed. Heck, honestly, even they did not need or remember half of what schools taught.

In fact, educators themselves are beginning to question the status quo. Schools are beginning to experiment with Sugata Mitra‘s famous work with minimally invasive education in India. Adapting his School in the Cloud for use in the classroom.  (If you are not familiar with his work I highly encourage you to check out those resources.)

In his book, The Future of Learning, Mitra postulates that in reality education needs only accomplish three things:

Personally, as the mother of a severely dyslexic person, I believe/hope that even that first one is and will become increasingly irrelevant.

What was so disappointing for me though was that in the picture Mitra painted of the future…a world where people work almost exclusively from home, an environmentally friendlier world, more even distribution of resources, and nanobots that can self-replicate and build anything in a matter of hours/days…the children still go to a school building. Even this visionary educator whose life has and is transforming the very nature of education cannot divorce himself from the SCHOOL paradigm.

Thankfully that is NOT the case for some other visionary thinkers of our time.

Unschooling is particularly popular among the techie community. It is sweeping regions like Silicon Valley, Seattle, and Portland by storm. With at least one very famous face among its aficionados… Elon Musk, one of the founders of PayPal, the Tesla self-driving car man and SpaceX, recently came out of the unschool closet.

With a future which might include AI, universal basic income, and extreme specialization, our children face change and uncertainty that may well outpace even the last half century. For that they will need a very different mindset and skills than those taught in schools. They will need the intangibles like…

The very things that the school classroom stifles.

No, the future is about… 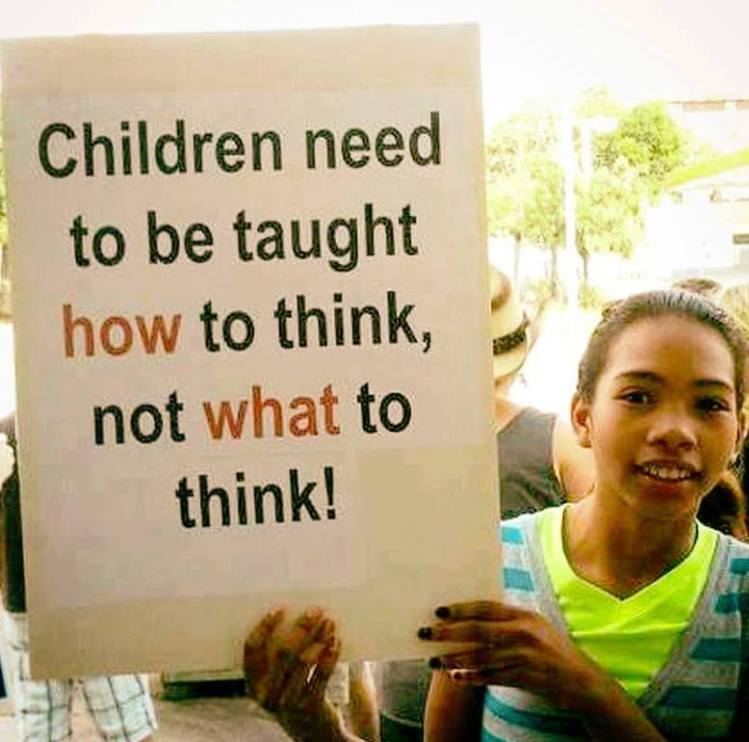 And unschooling is an excellent option for doing just that. For ALL children be they #ActuallyAutistic, #PDA, or #neurotypical.