This week we take our #ActuallyAutistic brood on the road to Folly Farm in Kilgetty, Wales. This is our fourth or fifth visit there in the three years we have lived in Swansea. It is one of our favorites for several reasons.

Before I jump in, though, let me address one issue: animal rights. Folly Farm houses both domestic animals such as goats, sheep, pigs, chickens and even guinea pigs, as well as exotic animals such as giraffes, lions, and meerkats. I understand that some object to keep animals in captivity.

For me, though, the benefit of having @PanKwake see (and smell) farm animals from which her food comes is that I hope she will develop a deeper appreciation of the interconnectedness of life, as our Native American ancestors and other indigenous peoples did. Our modern world is too divorced from such things for most little humans to grasp that spiritual truth. We just take our bacon for granted, without recognizing it was once a sentient being to whom we have a certain degree of responsibility as you will understand if you read my earlier blog on ethical and local meat. 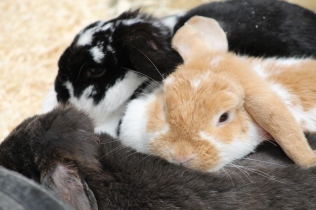 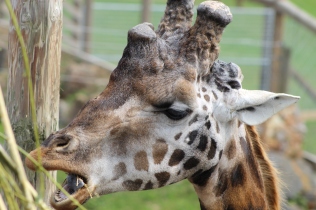 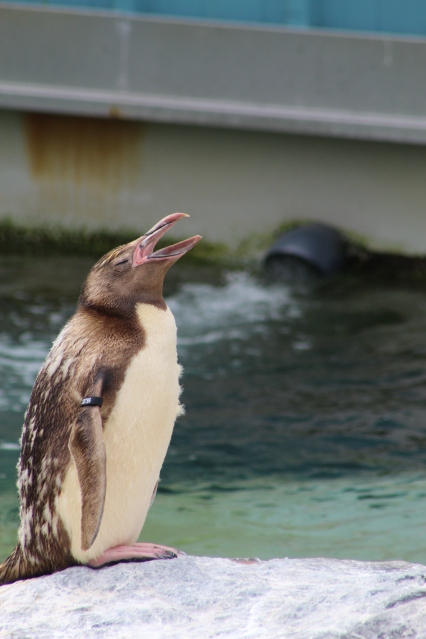 As for exotic animals, yes, ideally it would best if they were not kept in cages for the mere entertainment of humans. But with many zoos today, these animals are second, third, or even more generations breed in captivity. Their abilities to survive in the wild would be questionable. What is more, we must recognize that for some species, who are hunted to the verge of extinction, captive breeding programs represent their best chance at survival.

I do not expect those arguments to sway the die-hard. I can and do respect your opinions. Please do so with mine as well.

Having said that, Folly Farm is a go-to adventure for us for several reasons:

1) Location – It is less than an hour and a half train trip from home. We have found a reliable taxi service for the less than five-minute ride from the station to Folly Farm. There is even limited bus service to the front door. As we discovered on one of our first visits, if PanKwake becomes too over-stimulated, the return journey, which is all downhill, is even walkable. All of these factors make Folly Farm one of the most accessible venues for us, given PanKwake’s travel issues.

2) Schedule – Folly Farm is open year-round, regardless of rainy weather, because…

3) Facilities – Except for the exotic animals, the ferris wheel, the go-carts, and a couple of adventure playgrounds, many of the other attractions are in-doors, including the farm animals, the carnival rides, and another spectacular adventure playground. Since we both have trouble with large crowds, this means we can choose to go on those slightly rainy days (especially during school term time) when most other people will stay home. We can enjoy all the fun things to do inside while keeping an eye out for breaks in the rain to get in our favorite animals, such as the meerkats. 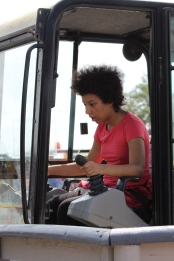 4) Food – While we usually do enjoy an ice cream, the doughnuts with chocolate sauce, and of course lots of ice-cold water, Folly Farm offers a microwave in the corner of the food court. For someone with food sensitivities like PanKwake, this is a goddess-send. I can take her favorites, such as jacket potatoes, which is not on their menu. I can warm them up there, and our world is good. I don’t think that other entertainment facilities recognize the value-added of this one thing, especially for those with additional needs. Thank you, Folly Farm!

5) Price – While it is not cheap, Folly Farm is a good value for the money. Its entrance fee is mid-range, but I think that next time we visit, I will purchase the annual pass, which makes this a bargain. All of the rides take tokens, which work out to be £1-£2 per ride. The food is a bit pricey, but not out of line with similar venues. Of course, souvenirs always cost us, but again they are about what you would expect for such things. And they have an excellent selection of cheap ones for our friends too.

6) Size – Big enough to offer a variety of things to do, but not so big that you have trouble getting around it all. Add to this an ample selection of seating for the adults, and you have a real winner.

On this visit, we went with two other families. The biggest issue was the weather and crowds. Since these friends were all schoolers and we were going during the height of summer break, the crowds were much larger than we prefer. To make matters worse, it is a perfect summer’s day…for everyone else, which only compounded things.

The biggest issue that we encountered was the noise in the indoor food court and adventure playground, which was packed at lunchtime. We gave up on the idea of the kids playing while they ate. Instead, we retreated to a quieter, dark corner for our lunch. While I bought lunches for the other little humans, nothing on the menu appealed to PanKwake, though she did give their beans and fried macaroni-cheese bites a try. I had thought that I remembered them having a microwave from our last visit, so I had packed her jacket potato. I was relieved to find that I had been right, and disaster was averted.

We came back later, at the end of the day, for the kids to enjoy the rides and that adventure playground. By then the crowds had thinned out, and the noise was much better.

We were exhausted on our way home, but on the whole, another great experience for us and our friends. Thank you, Folly Farm.