So, North Ireland has said:

Speaking after the meeting in Armagh, Mrs Foster said that schools will close “when we are advised on the medical evidence”.

“Children will be at home for quite a considerable period of time, given that when we do close the schools they will be closed for at least 16 weeks.

“Then of course you are into the summer period, so they will be off school for a very long time.”

Ms O’Neill said all parties in the executive agreed schools would have to close but it was a matter of timing.

That means children may be out of school from next week until August. Yes, that is five months. I counted.

Of course, when you’re #homeeducated that makes no difference. In fact, after the initial emergency subsides, @PanKwake will be ecstatic to have her ‘schooler’ friends around more.

She is, after all, extroverted and our major contribution to her education is providing daily socialization opportunities. Which, of course, will have to be suspended during the crisis itself, since my partner is high-risk. So, in some ways, even we are caught in that same bind – trying to figure out how to manage the…

So, today, in this special #coronavirus edition of @HomeCrazzyHome blog, I thought I’d share some ideas and information with you.

I know your first thought is probably…

So, how do I keep them happy if they’re not on the computer constantly?

Let me begin by introducing you to my latest guru, Dr. Peter Gray. He has taken up the ‘unschooling’ mantel of John Holt, who was considered the father of homeschooling. Gray has matured Holt’s early work and coined the phrases, self-directed learning (SDE) and democratic schools. There are loads of information, and solid research available, on the Alliance for Self-Directed Education‘s website. This American non-profit is closely associated with Dr. Gray’s work.

I’d like to point to just a few of their resources in this article. Most importantly what they call the Six Optimizing Conditions. I’m going to paraphrase those here because I believe that they may be the key to your family not just surviving but thriving during this crisis.

Yes, loads of screen time. Broken up by thought-provoking ‘would you rather’ questions, as @PanKwake tries to mind map us, a challenging skill for those on the autistic spectrum. Those can sometimes develop into long philosophical conversations about topics such as free will, the rights of government, and the ‘zombie’ apocalypse.

As I said, our major responsibility has been to provide her with access to daily ‘people’ time. In addition to regular playdates with her friends, we also employ two young women as companions. All of that will change soon, of course. And we will struggle right along with you to keep her beautiful brain engaged and those ‘boreds’ at bay. 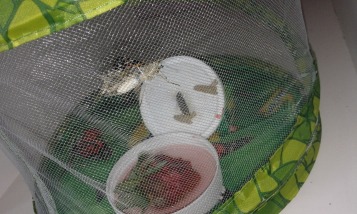 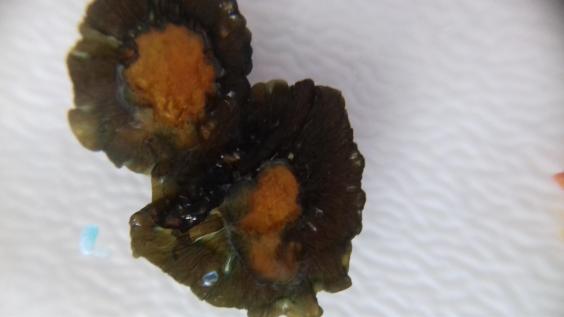 Of course, if as North Ireland says these no-school days extend past that initial contagion crisis, then we have for over a year toyed with the idea of an afterschool club for our friends here in our @HomeCrazzyHome. An opportunity to apply those SDE principles to topics such as science, cooking, sewing, and yes, even philosophy. We know that several of our friends will be struggling at that point and this is in the cards, just as soon as we can safely expose Alan to the world.

Yes. Learning is about developing the whole person. @PanKwake is happier, a deep thinker, and has social skills well beyond her peers. Yes, she still struggles. Her dyslexia is so severe she may never read more than a few dozen words. But she has developed adaptive technologies and strategies which allow her to function well.

But how can they possibly learn all that academic stuff they need?

This one still surprises me sometimes. I remember the morning that I woke up and @PanKwake asked me, ‘Mom, did you know that people with brown eyes need on average two hours less sleep than those with blue eyes?’ I asked, ‘where’d you learn that?’ Knowing it was certainly YouTube. So, off I went to disprove her and ‘teach’ her that you can’t trust half the stuff you hear there. Nope, there are some initial and as of yet unduplicated studies that show just that.

Then there are numbers. The last time that I wrote a report on her educational progress, I cited concern that @PanKwake had not yet grasped the concept of higher numbers. While she was proficient at her numbers up to one-hundred, I was concerned that she did not understand the idea of place settings, such as thousands, millions, billions, and trillions. I wrote about methodologies I might try to address the issue. But buying a million matches on Amazon is a bit of a fire hazard, not to mention expensive.

Then she discovered a Roblox game called Bee Swarm. She was obsessed with it. And the more she played, the higher the level she achieved, the more it cost her to purchase items. Those millions and billions suddenly had meaning – it took her longer to earn things.

One day, I walk into the gaming room and @PanKwake asks me, ‘Mom, do you know what the biggest number is?’ I responded ‘infinity,’ of course. But she corrected me, that it was a googol or 1 with a hundred zeroes after it.

Turns out that natural curiosity that Dr. Gray talks about got her to discuss the idea of big numbers with her companion. So, she used her adaptive research skills to ask Siri. @PanKwake had learned everything I was worried that she never would…and more. And all we had done was give her access to the tools and trusted her.

My best advice to you, based upon over a decade of experience as a home educator?

Relax! Disconnect all those voices in your head. You know the ones: judgmental shoulds and ought to and musts. There is no one there to know anyway.

This may be the first time since you took that little person home from the hospital that you have had this kind of time and privacy. Perhaps, the first time ever. Take this opportunity, this precious time, to get to know this human being. Not as your minion to boss around or your responsibility that reflects poorly upon you, but as a free will being of her own with her own interests, talents, and thoughts.

Explore this world together. Not as master and slave, but as equals, each open to the other’s ideas. See life as an adventure during this crisis.

Heck, you might discover that this person is someone you really like. And he might discover that his Mom isn’t such a >?*^% after all. You might come out the other side of this stronger as people and a family. Who knows when your ‘difficult’ child finally goes back to school, he might shock the teachers at how bright he really is.

Or that is my idealistic dream, anyway.